Statistics and Research on Homeschooling

In numerous studies the quality of education provided at home has been found to be superior to those provided in schools.

As the evidence accumulates, homeschooling is only better established as a valid and truly effective educational option.

This page will provide some research and statistics information to support this statement.

Research in the USA

Formal research studies have been conducted by the National Home Education Research Institute (NHERI) in the USA, as well as the Home School Legal Defence Association with published reports, including:

Following summaries of the reports' most significant findings:

(note that these are only a few, for more complete info see the reports available from NHERI or HSLDA)

In South Africa, Ms. Dierdre Bester has done research at the University of South Africa (UNISA) with the following summaries:

Children who receive home education perform much better in academics than their school counterparts and they are very well adapted socially.

Bester also stated that one must never assume that positive socialization happens in schools – in fact quite the opposite can be true.

Homeschoolers can usually relate better than average both horizontally and vertically, take leadership positions often, has positive role models, have the tendency to build quality friendships and their self image is not dependent on group pressure. 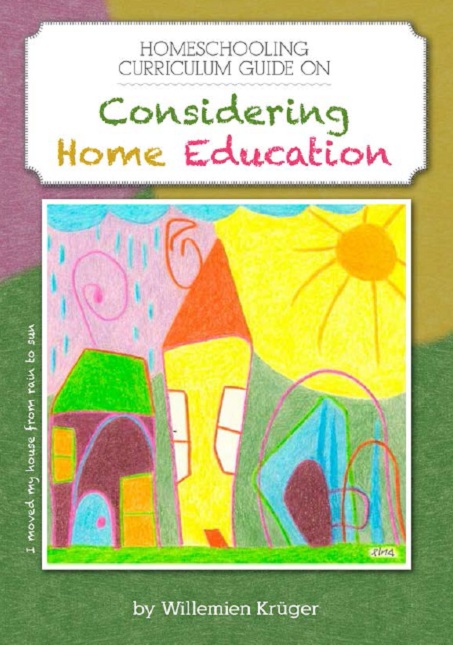 Back to Introduction Page

We'd love to hear from you.